What comes to mind when you hear the word “philanthropy?” Money? Names on buildings? Tax and legal strategies for the wealthy? How about when you picture a “Philanthropist?” Most of us will conjure up images of Bill Gates, Warren Buffet, or some other uber-wealthy individual that has been public about the zillions of excess dollars they have available to give away. Philanthropy has become a multi-syllabic ivy-league term that connotes something reserved for the Park Avenue crowd, some destination we could all hope to arrive at after we’ve sold our third business and truly arrived at the ranks of the wealthy. A far-away place for the majority of us living a few blocks off Main Street. However, the reality is that philanthropy has nothing to do with money or wealth. Nothing to do with writing large checks. And what’s more? Each of us and our families can benefit from a little taste of philanthropic activity. For now, let’s just look at some of the origin of the concept…

Starting with just the word “philanthropy,” it comes from the Greek words, “philein” and “anthropos.” Any idea what these might mean? For the Greek scholars out there, you might recognize philein or philos as a term for love. (The nice thing about Greek is there are several words for love, each with a different meaning. In English, we can love our spouse or love chicken, using the same word, but one would hope with different meaning!) Anthropos, you might recall anthropology from your college days as the study of humankind. Putting the two words together, simply the “love for humankind.” Not super complex, and not about money. The widely accepted theory for the origin of the word, is that it comes from the ancient Greek playwright, Aeschylus, in depicting the Titan Prometheus’ “philanthropos tropos,” or “humanity-loving character.” If you recall, Greek mythology tells of Zeus’ decision to destroy humans as they had no knowledge, skills, or culture of any sort. Prometheus, apparently being a humanity-loving gent, decided to give them two empowering gifts – fire and optimism (or blind hope). With fire, humans could be optimistic, and with optimism, they would use the fire for the benefit of their race. From there was born philanthropia, or loving what it is to be human. (Oddly, the main thing I remember from my studies of Greek mythology, was that Prometheus was punished by being chained to a rock where vultures would come every day and eat out his liver. Because he was a Titan, it would grow back that night, and he’d endure the same the next day. Nice…)

As you’ll notice, there wasn’t a mention of “giving money away,” “tax strategies for the rich,” a suggestion of “your name on a building;” or anything of the sort. Philanthropy in its root form is doing well for others because you genuinely care. It’s making an effort for the well-being of the human race. It’s loving each other. I know that word freaks a lot of people out, but really, isn’t that at the root of the matter? This could be about supporting a charitable organization that is doing good things, it could be about giving a granola bar to someone on the street, or it could be merely holding open the door for someone on the way into a building. So, the bottom line here is that we can all be philanthropists. We can all care a little more for each other.

However, there is more to the message. There’s more because you ought to understand both why and how you should become philanthropic.

I’ll jump out on a limb here and make the assumption that most of us have given something to someone in our lives. I’ll also make the bold suggestion that you may have even enjoyed it. Well, as you might guess, there have been studies done linking giving and generosity to good mental, emotional, and spiritual health, as well as a link to financial success. Contrary to what many seem to think, financial success does not have to come at the expense of someone else. It is possible to be both financially successful and generous, and the latter need not follow the former!

So, giving is good for you; most of us know that already. Here’s the real question that I get from individuals, couples, and families. How do I best give? More than ever, folks are becoming more concerned with maximizing the actual impact of their gifts. Our dollars are finite. If we want to truly participate in addressing a societal problem, where are our dollars best allocated? Which organizations will be the best stewards of our funds? How do we maximize the impact of giving for our family?

In my mind there are two answers to these questions. One addresses increasing the odds that you are choosing to fund organizations that have the highest likelihood of solving the core problem you wish to solve. To some extent, this is an investment equation. How will you get the maximum return on investment, when return is quantified by success in solving a social problem? The other, is how might you and your family go through the process of selecting an organization so as to maximize the benefits to your family? This second question is the one that I find more valuable and most often missed. If you’d like to invest some time together, I’d be thrilled to chat about both with you – how to vet and select quality organizations, and how to maximize the impact to your family. In the meantime, do something nice for someone; see if it improves your day! 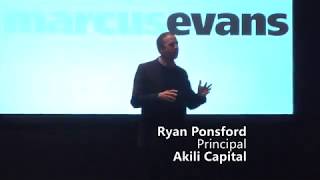 Got a woodpecker in your boat? 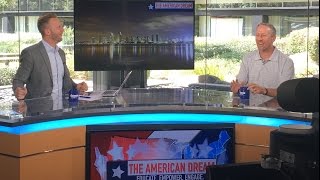 Main Street Philanthropy is the Greatest Program in the World!

It's about the Journey 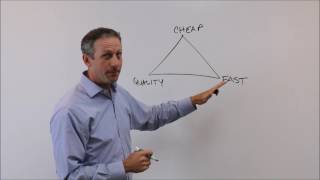 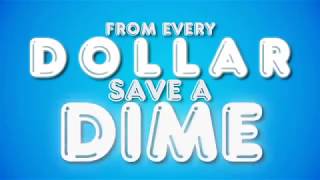